"For him to qualify in New York and then to take that time and apply it to Boston says a lot about what Boston means to the sport of marathoning," said Jack Fleming, a spokesman for the Boston Athletic Association. "It's tough to call your marathon career complete without running Boston."

Armstrong was diagnosed with testicular cancer in 1996 that spread to his lungs and brain. But he recovered to win the world's premiere cycling event seven times from 1999 to 2005.

The Lance Armstrong Foundation supports cancer research, prevention and better care for cancer survivors. Armstrong and others running for the foundation raised about $500,000 at last year's New York City Marathon.

The 112th Boston Marathon will be held April 21.

one day 3 weeks til Boston. Let the taper begin. Did 17 miles today the last long run of the training season.

Here are the stats so far. I will post the total for the month tomorrow.

Posted by doyoutri at 2:07 PM No comments:

What is an Ironman

I found this on the web I thought it to be interesting. It says it all.


You start the day thinking it is your race. Your race, and yours alone.

It is with this in the mind that you tell yourself that you must turn yourself within. To marshal your strength for the challenge you are about to face. To concentrate on your own energies. To focus.

So you exclude everyone and everything. In the morning, in the darkness, in the cold, you arise alone, you eat alone, you warmup alone. At the race start, in transition, you talk to no one, look at no one, pass by no one. It's not worth the effort, or the time, you tell yourself, not worth the expenditure of self to reach out to the others around you. Too many people, too many cultures, too many creeds, too many languages, too many competitors. It's not worth it. Not right here, not right now. It's your race, and yours alone.

But then the gun goes off, and the race begins, and then, with all the force and all the power and all the overwhelming of the senses that comes with the reality of the distance, the truth reveals itself, and makes itself known to you. As stark and simple and strong as is anything of supreme significance.

The truth reveals itself, in the beginning, when the day is most uncertain, in the teeming mass of bodies in the water, collectively thrashing their way over and around and under and through each other in packs and lines and streams of motion weaving their way to the light of morning. There are no words spoken, nothing given, save for the sharing of this time.

The truth reveals itself, in the midst, when the day is at its thickest, as riders murmur greetings of communion, exchanging recognition of the long course that is their common road. It extends further, so far as athletes stopping to attend to fallen competitors, and providing the aid of sustenance or the act of treatment or the assistance of a spare tube or the accompaniment of nothing more than a few sympathetic words of encouragement to continue on. And even as words may be lost in language, there is still the understanding of meaning, the knowledge of intent, and the persistent sharing of this moment.

The truth reveals itself, at the end, when day is reaching its conclusion, with people stumbling, shuffling, limping in the last stretch to the finish. It arises, and is realized, in the reassuring pat on the back, a comforting grasp on the shoulder, and goes so far as to staying with someone as they struggle to walk or guiding them as they start to wander. And although words may fail, they are still raised by voices, across the divide of tongues, so as to become supreme songs of meaning, sung by all the souls sharing this experience.

And at the finish you finally see.

There are people everywhere. Everyone. Everything. All together. Talking, looking, and passing by and shaking hands and grasping arms and hugging close in laughter and in tears and in triumph and in joy, even though they've never seen or spoken or known each other before today, or can even understand a single word that that any one of them is uttering to one another.

For them, it's worth the effort, the time, the expenditure, to reach out beyond themselves to others around them. To other people, other cultures, other creeds, other languages, other competitors. It's worth it.

In the way that only something earned with all the force and all the power and all the overwhelming of the senses that comes with the reality of the distance ever can be.

In the way that only a truth as stark and as simple and as strong as is anything of supreme significance ever can be.

And you end the day knowing that it is not your race...certainly not yours alone. It never was.

Ironman.
Posted by doyoutri at 8:10 PM No comments: 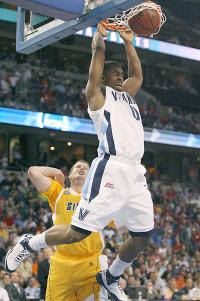 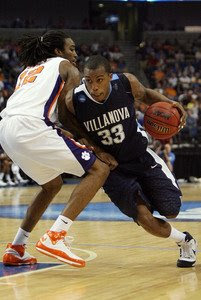 Now back to Boston. I posted today on Sat since tomorrow is Easter Sunday and I am taking the day off. I did 13.5 miles today with a buddy who is also running Boston. We did our run at Valley Forge National Park. Was a nice run and a nice change of scenery.

Here are the total for the week.

Here are the stats


Here are my new sneakers need to get some miles on them.

Did 13.1 today. I was very tired and it showed in my pace. I did a hilly course which also was tough and it was windy. Not to mention the hour lack of sleep do to time change. Oh well one bad day does not matter I got the miles in. Next Sunday I have a 20 miler this will most likely be my last of the 20 milers. The race is April 21st so I want to start my taper about 2-3 weeks out. Back to training this week. Enjoy.
Posted by doyoutri at 3:46 PM No comments:

Here are the stats for the week