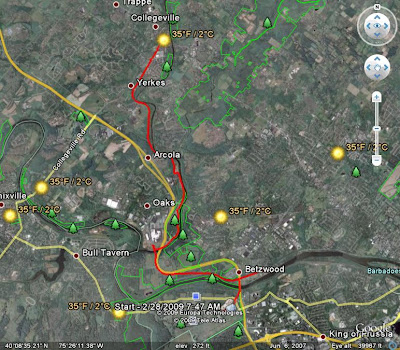 Did 21 miles today. That makes 3 20+ runs for this training period. The week ended up being the highest volume yet. 76.16 for the week. 261.69 for the month. Last Feb I ran 229.8. So far Jan and Feb totals are higher then last year so that is a plus especially when training for a marathon. A congrats to my friend Marco last week in the A1A marathon in FL.
Posted by doyoutri at 2:37 PM 1 comment:

Half way there. 8 weeks down 8 to go. Friday was 2 months until race day.

Did a 15 mile run today. Was tired when I set out so I stayed close to home but still was able to get 15 in by doing a neighborhood loop a couple times. I will post totals. Happy Training.

If you read this Blog take a minute and say a prayer for Philly Cops. Yet again a cops get shot and dies and the suspect is a career criminal. The city really needs to do something to stop all these killings. Lock them up and throw the key away just as the Police Chief said. I feel that once you commit a crime you do the maximum time and if you get out and do another crime well then they send you away for life. Just my opinion but the city is a hard situation and it needs to be fixed. How about shipping all these criminals to Iraq to live?
Posted by doyoutri at 6:43 PM 1 comment:

Did 21 miles today. Was a solid run good hills through VF park. It was nice to get another 20+ run in. The week finished up with 72 miles. I will post totals at bottom of the page. All else is well. Enjoy your week and happy training.

Posted by doyoutri at 6:35 PM No comments:

Well it is official those who did not register are out of luck. The Marathon sold out in record time this year. It will be here before you know it. Enjoyed the nice warm weather this week. Keep up the training it will be getting warmer and the days will be getting longer.
Posted by doyoutri at 8:46 PM No comments:

Did a nice 16 mile run on Saturday. Had another solid week of running. I will post totals at bottom of post.

I saw an interesting thing on Dateline NBC last night. It was about a runner who was in an accident years back and he fought to keep his foot so that he could run. Finally the foot was no longer able to withstand his running so he had tow choices stop running or take off the bottom part of his leg.
He took the second option and took off the bottom part of his leg. I think this took alot of guts but then he ran the NYC marathon as an amputee. I do not disagree for him to run as an amputee but he was getting all this exposure for something he did under his own will. What about those solders that come back from war and are amputees and run. They should be the ones receiving press. Thought I would just express my opinion. 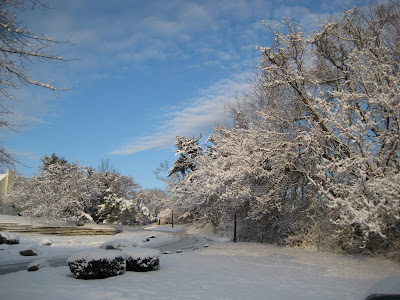 Nice run in the snow today :)
Posted by doyoutri at 6:15 PM No comments:

Gus saw his shadow 6 more weeks of winter and I was able to run in shorts in the middle of winter. Oh well, I enjoyed a nice 11 mile run in 55 degree weather.
Posted by doyoutri at 7:02 PM No comments: