Honoring those on Memorial Day

I forgot to add this in my Memorial Day Post. 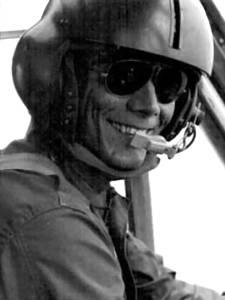 If you are able, save for them a place inside of you and one backward glance when you are leaving, for the places they can no longer go.

Be not ashamed to say you loved them, though you may or may not always have. Take what they have left and what they have taught you with their dying and keep it with your own.

And in that time when men decide and feel safe to call the war insane, take one moment to embrace those gentle heroes you left behind.

Major O'Donnell was Killed in Action in Cambodia on March 24, 1970. His was a name with a small cross on The Wall (Panel 12W, Line 40) until came home to Arlington National Cemetery on August 16, 2001; the cross was changed to a diamond.

Here is a recap of the weekend including the race.

Arrive in sea isle around 5pm on Friday eve to pick up my race info. I got my bib and ship and as I was leaving they were asking people if they would wear the name of a fallen solider on their bib. I did not hesitate one minute. This was the young man to whom I was honoring. We then headed to Cape May. Went to bed around 11pm and was up at 4am. Time to race.

I arrived in sea isle around 5am and parked at a Friends house. Only 2 blocks from transition which was nice. I got to transition around 5:45 am and setup my stuff. It was cold out still. I waited around until about 7am and got ready to race. Around 7:15am we headed to the beach to begin the race. I had my short sleeve wetsuit on and I knew I was going to be cold. Also my goggles were giving me trouble (time to get a new racing pair). At 7:30am the first wave was off and then we waiting 3 minutes and we were off. As we ran into the water I was instantly hit with a wave of 55 degree weather. Damm it was cold. I sucked it up and I began to swim my goggles at this point were fogging up and I was also getting water in them. It was hard to get into a rhythm because it was soo cold and also it was an ocean swim. I got through the swim in about 8 minutes and headed to T1. As I got my wetsuit off (the pam helped but I was so dizzy from the cold it did not matter) I dried off and headed out on the bike. The bike course was flat and fast there were some bumps (what do you expect it is a shore town) There was a head wind on the return loop which cut my speed down after the fist loop I was moving and making up some time. I completed my 3 loops and headed to T2. Once out of T2 it was on to the run. This was a beach run which made it very interesting. There was a storm the week before and it washed away all the sand around the pipes that drain into the ocean so not only was it a 5K it was also a steeple chase. I finished in 1:07:58 15th overall and 3rd in my age group. I was pleased with my result since I did no formal training and I just wanted to have fun. This was a great event for the first time and I look forward to going back next year. 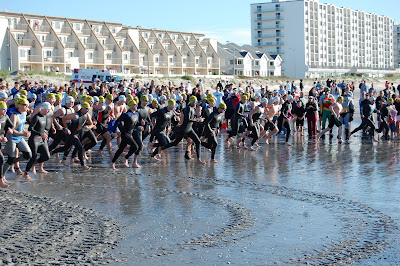 After the race headed back to cape may to enjoy the weekend. Went to Sunset Beach where a famous ship rests. That is all that is left. I have some pictures from the weekend. 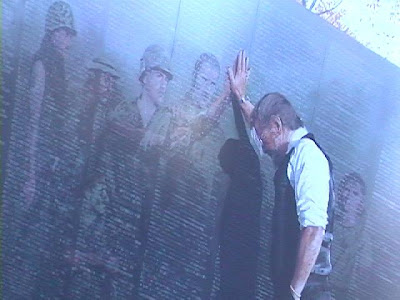 As you know this is the main reason we really celebrate memorial day. I know its the annual trek to the shore but the true meaning behind it is for those that gave the ultimate sacrifice. Here is a reminder and a picture that defines it all.
Posted by doyoutri at 9:09 PM 1 comment:

First brick of the year

Better late then never. I did my first brick of the year this morning. Did a 17 mile bike and 3.1 mile run felt good to get out and do both.

So what is a brick?

A brick workout is basically a back to back workout, for instance doing a swim followed immediately by a bike, or a cycle followed immediately by a run. This is to practice going from sport to sport and training your body to call on different muscles or sometimes the same muscles in a different capacity immediately. Doing Bricks is a great way to help with your endurance and to practice your transitions for a better time.

Here are the pictures from Broad Street they are not the best quality.

I have attached a picture of my rigs. 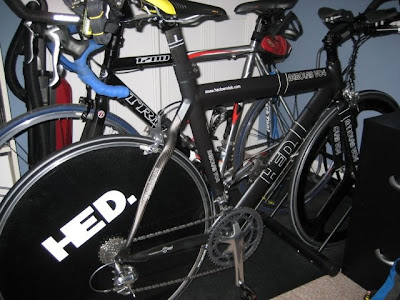 Posted by doyoutri at 3:13 PM No comments:

One of my wacky groomsmen...

This says it all.
Posted by doyoutri at 6:46 PM No comments:

On Monday May 12th a good friend of mine begins his journey on American Gladiators. I am not sure when he is on. You can read the official press release here. Is name is Mike Gamble and he is sure to impress you all in his abilities. Wish him luck as he challenges himself to become the conquer of the Gladiators.

Back in the saddle

Well since the marathon training has subsided I have been able to get back on the bike. I did a ride this past Saturday and did one today. It is nice when you can just go out and bike and not really train. It was such a nice day and I wanted to get out. Just wanted to give a quick update. Enjoy the week.
Posted by doyoutri at 6:55 PM No comments:

Tri For Our Vets

Well now that Broad Street is over I am not going to begin to focus on my race MAY 24th. If I get 75 miles in on the bike this month that will be good. I have been swimming and I feel good. The marathon training has kept my fitness level elevated so I am not really concerned. The race is a 400-meter ocean swim, a 12.3 mile (4.1 mile loop) bicycle race and a 3.1 mile beach run. I will keep you updated on my training.
Posted by doyoutri at 9:06 PM No comments:

This is what is wrong with Philadelphia

I usually do not like to get political or even start a debate on this blog since it is mainly focused on happy events but I wanted to take the time to show people why Philadelphia get a bad name. Read this story.

info about this weapon.


The city of philadelphia needs to do something it is a sad day.
Posted by doyoutri at 7:25 PM No comments:

Here is my result. I will post some pictures when I get them.
Posted by doyoutri at 3:44 PM 1 comment:

Technorati Profile
Posted by doyoutri at 8:23 PM No comments:

Well I have decided to sign up and run another marathon. Check out the site should be a fun race. Training will begin mid July.

This Sunday is Broad Street 10 miler. This is a fun race. 10 miles straight and mainly downhill. There is no cut off on the number of runners. It averages around 18,000. It is a very enjoyable race although they are calling for rain on Sunday we shall see. I will post a report and pictures after the race.
Posted by doyoutri at 8:31 AM 1 comment: