So what has been going on in my trek to run the 2010 Boston Marathon. Well on a positive note I have been able to run again the pain has pretty much disappeared in my leg while I am running. There is still some pain but nothing that is limiting my running. It has only been about 3 weeks since my injury was diagnosed. I have been doing PT very aggressively which has helped a lot. I am also stretching and doing core each day. The pool running also has helped a lot. I see the Doc next Tuesday.

As for the running I am not putting a lot of miles in right now because with Boston so close I want to race not only healthy but well rested. It is funny when I run there is no pain. I think I have not felt like this in months so it is weird because I am waiting for the pain to return any second. People ask me why attempt to run Boston if you think you will get hurt. I am going to run Boston because first off it is Boston. People try to run this race their whole lives and never get to do it and I am going for my third one in a row. Secondly the Doc said it was ok to run. Think back to when T.O. played for the Eagles and broke his ankle at the end of the season and came back 4 weeks later and played in the Super bowl well it is kind of like that. Boston is the Super bowl of all Marathons.

Now with less than 3 weeks to go I am beginning to taper. I am going to run but still rest I want to be rested when I run this race.

I will update all my excel sheets when I get them organized. I wanted to keep people in the loop to what is going on as Boston approaches. I will keep the updates more frequent. Enjoy the warm weather and longer days.

Posted by doyoutri at 3:28 PM No comments: 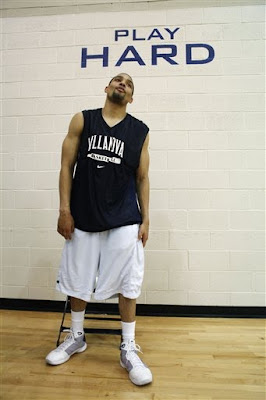 Posted by doyoutri at 7:39 AM No comments:

Tri for our Vets.

This race now has even more meaning to alot of people. I know that this happened back in Jan 2010 but Matt still needs to be remembered.

If you get a chance do this race. I am going to think about it.

Read more about Matt here.
Posted by doyoutri at 7:36 AM No comments:

The road to Boston continues

Well..the saga of the leg continues. I had some physical therapy last Thursday and that seems to be helping but still no running on the roads. Well if I can't run on the roads then it time to run in the water. I have heard of water running and know a few people who have done it but was not too sure about it. Well after joining a health club last week I am sold. Water running is great. You basically wear a belt that keeps you up right and you run as if you were on land. The good thing is that there is resistance the whole time so it helps you get stronger and maintain fitness. I be alternating between 45-60 minutes each day. I will continue to do this even when I get back on the road.
Now back to the leg issue. I saw a spine doctor yesterday and he said running will not cause anymore harm which is good but he also wanted to address the pain issue. I was giving a lumbar epidural injection. Basically it is a needle right into the spine and the shot giving is cortisone for the inflammation. It takes a few days to work so we shall see. He told me to try running Saturday so we shall see. He said Boston should not be an issue as long as the nerve has calmed down and there are no other issues.
Speaking of running. I had to bag this weekends CR half marathon in Delaware. This is a fun race and hope to run it next year.
I will keep updated on my status.
I trained in the snowiest winter off all time in Philadelphia I will be on that line on April19, 2010 at 10am with 26.2 miles to get me back to Boston. I am going to run it with no goals just run and see what happens.
Posted by doyoutri at 6:37 PM 1 comment:

And the wait continues

So no running still. I had an MRI on Sunday and I have a Dr's Apt this afternoon and hopefully I will get somewhere. I also have an Apt scheduled on Monday with a different Dr. since the one I am seeing right now does not have a great schedule and I have to wait almost a week between visits to see him and I still have pain. I hope to have a better idea by early next week on my running. As for Boston as long as there is no pain I will run it. I have out in alot of miles already this year and I have ran the race before so I know the course. Boston is a race of survival. The course can trick you since its mostly downhill but then at 20 miles you have many hills so you need to conserve your energy. I will keep my fans updated.

GO NOVA.
Posted by doyoutri at 6:19 AM No comments:

Well saw the Doc yesterday and I am scheduled for an MRI this weekend. He believes that I have a disc that is out of whack that is causing my sciatic nerve to flare up causing me pain when I run. He told me that I can still run depending on how much I can tolerate the pain. I am going to give it the weekend off and see how it feels on Monday. I don't go the Doc again to next Thursday to see what the treatment options are. Boston is about 6 weeks away and I plan on running as long as the pain is manageable. I will keep my fans updated. Enjoy the weekend.

Well ended up with another decent week in mileage. 77 miles to be exact.

For the month I ran 288 miles. 288 was 2 more miles then my any month during my Boston Training last year. Last year March was 286.

As for March I would like to stay around 250-280 but we will see. I am taking a few days off. My left leg once again is beginning to flare up. I think it is my sciatica but I am not 100% sure. The pain was manageable but now it is getting to the point where I have to change my stride to compensate for the pain. I want to get this issue resolved since I only have 7 weeks til Boston. I am hoping a shot will get the inflammation to calm down and allow me to strengthen the muscles that are causing the issue while allowing me to still run. I have an appointment on Thursday so no running till then. Plus I am looking forward to a little break. My legs need a rest.

Enjoy the week. I will update on the leg later this week.
Posted by doyoutri at 7:14 PM No comments: